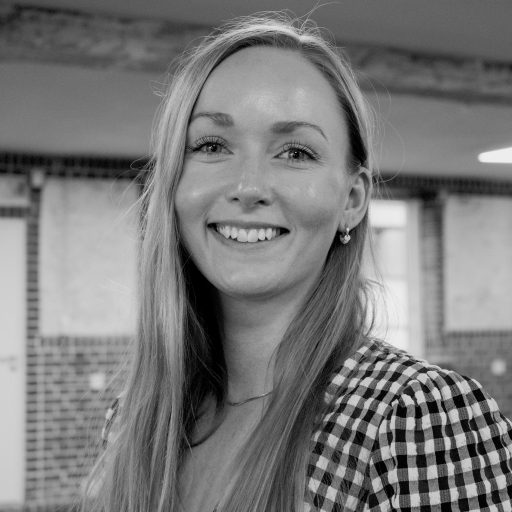 Want to know what the world will look like in 30 years from now? Dive into sci-fi then. It is not as unrealistic as you might think - and...

When you think of science fiction, what will pop into your mind? Galaxies, spaceships, and lightsabers? Maybe alien species and robots? Most of us are probably gonna think of the Star Wars movies. Star Wars would have fallen into the category of sci-fi despite one fact; whereas Star Wars is happening “a long time ago in a galaxy far, far away”, science fiction is about the future, not the past. In this way, sci-fi can actually be quite useful for your business and a guideline for future development and innovation within your company.

Science fiction is about preventing and inventing – preventing potential dangers from happening in the future or inventing ideas or products that the world have not yet seen. Thus, science fiction always poses the question: “what if…?”. What if we will invent a new technology that will make us immortal and superhumans? What if robots will become more intelligent than us and outrule humanity? What if the Earth will get attacked by aliens or we will need to leave Earth because of climate changes? These are examples of potential dangers or possibilities that have been illustrated in the science fiction popular culture for many years, especially in movies and from an American point of view. These imaginary what-if questions might seem pretty spacey and non-realistic to become true, but many businesses are actually getting inspiration from science fiction and are paying sci-fi writers to predict their future. Tech giants like Microsoft, Google and Apple are connecting science fiction writers with their employees and tech developers. This way of imagining future societies and technologies – which may not, but potentially could become a reality – is known as design fiction, and is a useful method for enhancing creativity and innovative thinking.

Tech giants are paying sci-fi writers to predict their future.

Within a science fiction approach businesses can explore social phenomena and future technologies. That’s what sci-fi books and movies have been doing for years – predicting possible future scenarios. Just think of the iconic screenplay of Frankenstein from 1931 made by Universal Studios. A scientist and his assistant accidentally create a monster in an attempt to remake a human by putting together body parts and connecting them with electricity. The story, which is originally told by Mary Shelley with her 1817 novel, addresses the potential dangers of the use of technology and is a classic within science fiction. Another classic is 2001: A Space Odyssey from 1968 in which we after a discovery of a monolith that affects human evolution, follow the astronauts Dr. David Bowman and Dr. Frank Poole’s travel to Jupiter in the Spacecraft Discovery One, primarily controlled by the computer HAL 9000. The movie is dealing with existential issues and the possibility that AI will become smarter than us. Issues or possibilities that most companies actually are dealing with on a daily basis nowadays.

One of the most popular and all-time influential sci-fi movies has to be Blade Runner from 1982, inspired by Philip K. Dick’s novel Do Androids Dream of Electric Sheep?. The former police officer, Rick Deckard, is hunting down replicants (robots who look like humans) who escaped back to the Earth, in the future Los Angeles of 2019. In Blade Runner replicants were sent to build off-world colonies, as global warming and climate changes have been affecting the environment on Earth.

So where are we in today’s 2019 thinking of the “what if…” questions posed in the mentioned sci-fi movie classics? Have we – for example – created Frankensteins by combining the human body with technology? One might say we have, British Neil Harbisson is officially recognized as a cyborg, a mix of human and technology, as he has an antenna implanted in his skull from which he is able to hear colors. Harbisson is a co-founder of the international organization Cyborg Foundation that defend cyborg rights and helps people become cyborgs. Another example would be ReWalk – a wearable robotic exoskeleton that helps paralyzed people to stand upright, walk, turn and climb stairs. The robotic legs are kind of add-ons to the human body and provide mobility through a computer-based control system and motion sensors.

Also, the what-if question about robots and computers becoming more intelligent than humans is something becoming ever more relevant for businesses. Today, Artificial Intelligence and other Advanced Computer Systems are capable of solving problems the human brain can’t even grasp. Take for example the AlphaZero AI, a chess-playing computer program, that can teach itself how to play chess in less than four hours and even beat the world champion chess program. Pretty impressive, right? Some people even believe that AI in near future will be able to master power over humans and become an all-seeing, all-powerful, super-intelligence, known as singularity.

Finally, the what-if question about the possibility that we will need to leave Earth is actually very much up for debate – Climate changes and global warming is more real than ever, and something we all feel on our own bodies every winter/summer. The planet’s average surface temperature has risen about 1.62 degrees since the late 19th century, Greenland has lost an average of 281 billion tons of ice per year since 1993 and the sea level is rising slightly every year. People all over the world are demonstrating to demand action in the climate debate, and especially schoolchildren and students have started to take action in this by arranging school strikes all over the world in for example Australia, Belgium, the Netherlands and Denmark, and a nationwide strike happening today 15 February 2019 in the UK.

It seems it is not impossible, that we will need to leave Earth and look for other places to live. And we already now see actual frontrunners such as the founder of Tesla, Elon Musk, who – since 2002 – has been creating advanced rockets and spacecraft with operation SpaceX (Space Exploration Technologies) attempting to make a self-sustaining city on Mars. According to Musk, the Earth will soon be out of water and plants and humans will, therefore, need to become a spacefaring civilization and multi-planet species. The goal of SpaceX is to send a cargo mission to Mars in 2022 to confirm water resources, identify hazards, put in place initial power, mining and life support infrastructure. In 2024 the mission is to bring both cargo and a crew to prepare for future flights to Mars and thereby the beginnings of a base to be able to build a self-sustaining city and civilization. Very soon – right?

It seems that sci-fi is not as fictional as one might think. The what-if questions and predictions about the future from the mentioned science fiction movies are along with many other sci-fi classics in some aspects been foretelling what would happen in the future.

For example, technologies like screen-based video communication, predictive computers and a mix of humans and machines were already imagined by Philip K. Dick in his novels from the 1960s. And in the TV-series Star Trek from 1966-1969, the characters were using flip phones, tablets, smartwatches, 3D printing etc – things, we pretty much take for granted today. In Fahrenheit 451 from 1953 the earbuds was already imagined and virtual reality glasses in Back to the Future from 1985.

Thinking of this, we might start to think of science fiction as science faction – that the imaginary is likely to become a reality. Having this science fiction approach when exploring and developing your business strategy can actually be pretty useful, and no idea is too far out! Try to imagine fictional future scenarios – just like the 2019 Los Angeles in Blade Runner – by this you can examine the use of your product without a huge cost. The science fiction approach and design fiction method gives you and your employees the freedom to think big without the strictures of money or technological capability hampering creativity.

Sådan får du teknologien til at lave arbejdet for dig