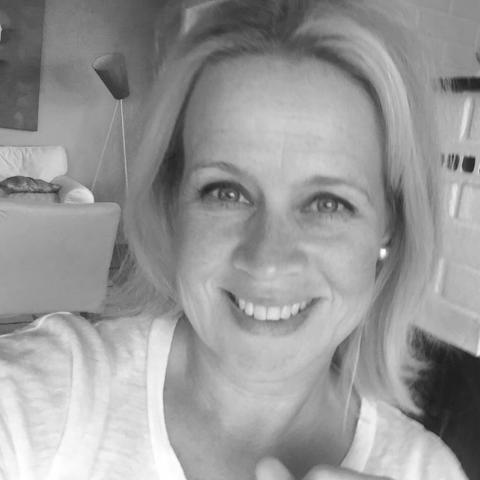 Let me take you on a journey. A journey that started a few years ago and helped me understand the principles for future successful organizations.

The Edelman Trust Barometer is released annually during World Economic Forum. The 2019 report  shows that trust in NGOs, Businesses, Government and Media are decreasing and that we are looking for trust at home, in our own environments. I can certainly relate to that. I would prefer to get all my food from local producers, I feel much better whenever I shop with local businesses and I find it easier to trust local politicians, journalists, and NGOs. I also find businesses taking interest and contributing in my neighbourhood more trustworthy.

I used to work for the Norwegian bank DNB, and I dare say we had the best marketing leadership and people in the country (They might still have). A few years ago, we decided to make great things happen in my neighborhood – in my region. Ice hockey was never a huge sport in Norway, but the two best teams at the time were in Oslo and Stavanger. In Stavanger, my city, they needed a new hockey arena if they were going to stay on top. The arena they decided to build is more like a culture house, the kind where you can go from i.e. hockey, handball or tennis court, to a great concert arena in just a few hours (Think Madison Square Garden – just smaller) At the time, all the city had – culture wise – was our beautiful concert house for bigger concerts. We could definitely use a new arena for larger indoor events as well. The bank was approached to consider a sponsorship. We looked to relevant arenas in the U.S., Canada and – I remember a great meeting with people behind the O2 in London. Long story short, we decided this might be a great fit for us. Quite risky as we had no experience in this field, and there were already a few failed attempts of similar collaborations in Norway.

Our friends at DNB Arena and their hockey team, Oilers, really needed to succeed with hockey as a game people wanted to watch. We’re not just talking about winning the games. They needed to fill their arena every 35 times there was a home game, for years to come. Hard work pays off as we know. They worked so hard at earning people’s trust and interest. At first, most of us attended games out of curiosity, but for everyone who’s been to a hockey game, you know it’s a great show! There are music and lighting effects when the teams enter the ice, when they strike a goal, get expelled or icing occur – and everything is happening at the same time, and very fast. Exhilarating and fun – if you haven’t been to a game yet, you really should!

People loved the game, the show, the arena and the people. The hockey-players became local heroes, winning almost every game. And yet they stayed humble, worked harder than anyone else and kept on improving no matter how much success they had.

We were the happiest sponsor ever! We were their biggest cheerleader, we took our customers to the games, introducing them to something that excited and compelled, of course, our customers loved it too. And even if there were just a few customers who could join us for each game, everyone in our region knew that we had made the arena possible. They couldn’t have done it without us.

Even if there were just a few customers who could join us for each game, everyone in our region knew that we had made the arena possible. They couldn’t have done it without us

Around a year after we opened the doors in the arena, another local hero made an entrance. Kaizers Orchestra had started out as a local band from the Stavanger-area, singing in their own dialect, with a sound often referred to as something inspired by both punk-rock and oompah music. They also knew how to put on a great show, and became pretty big throughout Europe. After around 10 years they decided to quit (or at least take a long break, I think people are still waiting for a reunion). Instead of taking a farewell tour, they put up ten farewell shows in their home town – in DNB Arena. We were so happy! And since we hadn’t really done anything big as one of the hosts in the arena yet, we decided to buy the first of the 10 concerts, and invite existing and potential customers. Everyone was invited.

This was decided in April, and the concerts were going to happen in September. Everyone working in marketing and with events involving a lot of people know that this is a short time limit. Since my colleagues in Oslo already were tied with other projects, I had to involve all my colleagues in Stavanger – senior management and employees. Everyone had to work hard if we were to make this happen.

The event became a huge success. Our customers loved it. People in Stavanger loved it. But quite possibly the best thing that came out of all this was that our organization changed. We all wanted to succeed with the project, we knew that if we didn’t succeed, we would never get the opportunity to do anything like it ever again. Everyone had a role, everyone got noticed for their hard work – and we were so proud to be working for the success of our local heroes. We were doing everything we possibly could to bid Kaizers Orchestra a great farewell, and we wanted to show Stavanger what a great contribution DNB Arena was to the concert audience.

Seven years later I am still in awe for everything I learned through that sponsorship, and through the years of a great cross-cultural collaboration. I find it inspiring that my new and adapted principles resonate with what I read about successful companies today. All businesses’ success today is dependent on how you build your future organization. Or should I say – your Organism? Tribe. Community. At Innovation Lab we work on creating sustainable Organisms. The energy that thrives – grow and change, no matter what.

I’m doing a briefing in Aarhus and Copenhagen next week, where I’ll talk more about new principles for marketing, innovation and building future organizations and organisms. Here are some of them:

I believe that a focus on culture and trust is essential to make your organization thrive and stay relevant for years to come. I hope to see you in Aarhus or Copenhagen next week – maybe we can have challenging discussions and broaden each other’s mindsets?

Fra quick and dirty til slow and working