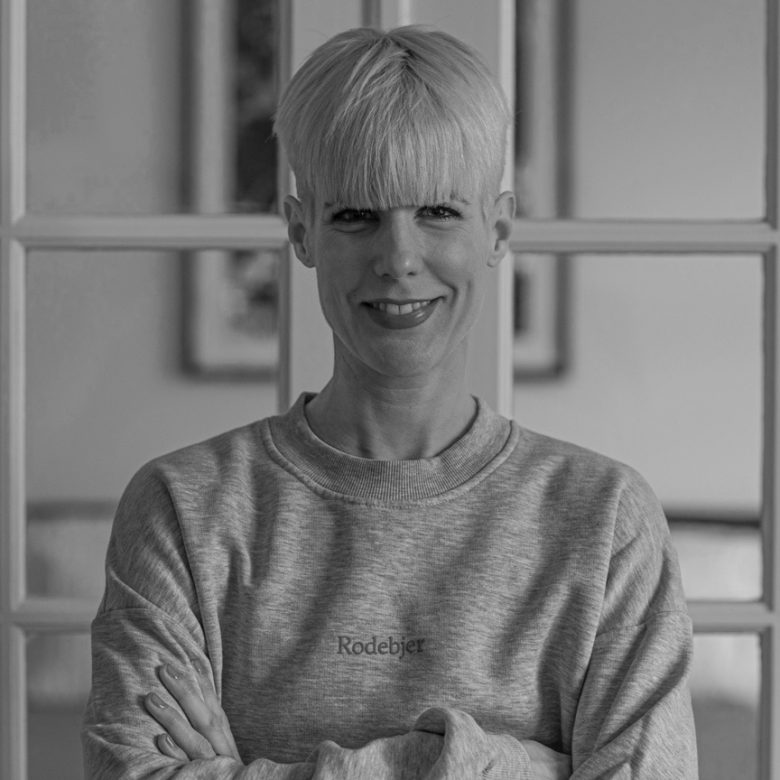 How to Build Future-proof Digital Products.

Strategy as it has been taught to many of today’s leaders is outdated. And that’s because our world has become ever-changing, volatile, uncertain, complex, and ambiguous (VUCA). The focus of strategy needs to shift from engineering-driven to design-driven, from product-centric to user-centric, and from marketing-focused to human-centric-focused. More than knowing how our world is today, we must be able to imagine how it could be better tomorrow.

The solution to this challenge is called “Strategic Design” – a practice that provides a unique set of skills and frameworks to balance creative strategic thinking with sound business decision-making. In contrast to Design Thinking, Strategic Design embeds designers in strategic parts of the business and applies traditional design principles to systemic problems. By establishing Strategic Design as a fixed part of a corporate setup, companies are able to build more holistic customer experiences by bridging business and design.

Designers are used to operating in the unknown. They constantly apply analysis and intelligence to make sense of the world, spot opportunities and threats as they arise, while reducing risk and finding new unexplored paths. Designers are problem solvers, facilitators and innovators. Navigating our world to create more meaningful and useful experiences for our customers involves engaging people with different backgrounds, experiences, knowledge and opinions. Strategic Design helps connect the dots, connect people, expertise, processes and structures and tackle business strategy with a new, innovative mindset. There is a reason why one of the most renowned design firms in the world, IDEO, offers Strategy courses based on Design Thinking or companies like Ørsted use design to not only create better products and services but also make cultural shifts and transformation happen. 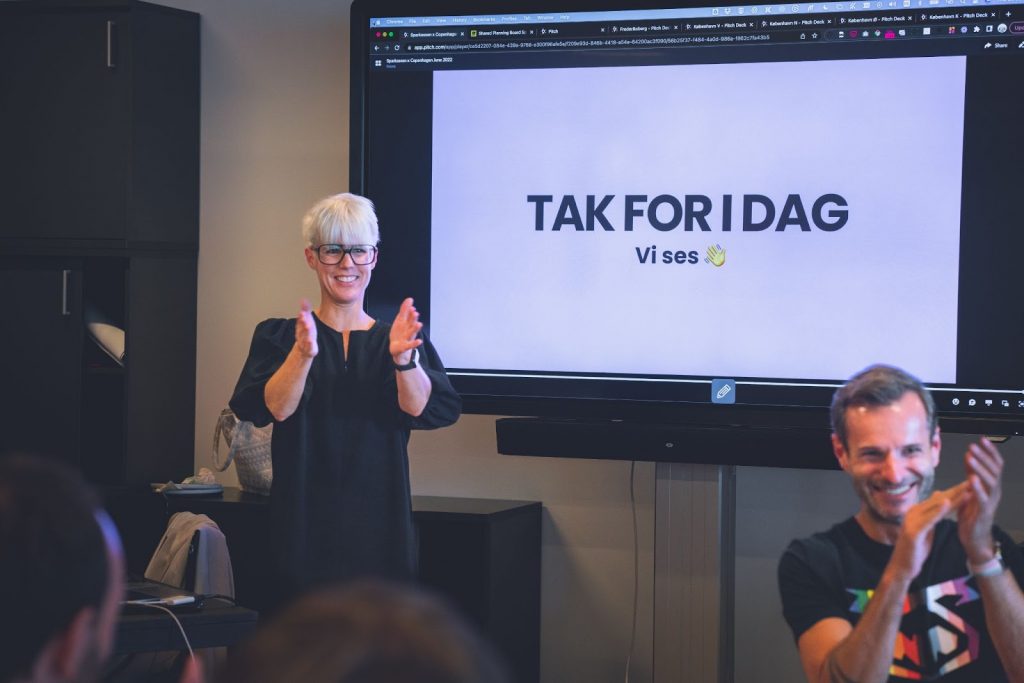 Ending an insightful day of a recent Learning Expedition, Strategic Design by Innovation Lab creates and facilitates for their clients.

Why asking the right questions has become a top Leadership Skill

Companies all over the world have started to bring designers to the boardroom. Creativity is regarded as the most important leadership quality these days. Creative leaders take more risks, develop new ideas and keep innovating in how they lead their teams. Another important leadership skill is to ask the right questions and be willing to seek out novel information. Questions and thoughtful answers foster smoother and more effective interactions, strengthen empathy, trust, and lead groups toward valuable discovery. Michael J. Marquardt, a professor of Human Resources and International Affairs, and author of “Leading with Questions: How Leaders Find the Right Solutions by Knowing What to Ask”, asked each of his employees: “What idea and or strategy that we are not currently implementing do you believe would contribute to the success of our company?”. Giving everyone in his team a voice, regardless of hierarchical level or years of experience, not only creates a safe space but also opens up to discover new, unknown paths. The responses to his question were amazing, Marquardt says. His team came up with innovative ideas no one had talked about before. We see the same happening during our Co-Creation process with our clients. Giving people the power to be creative and guide them by asking the right questions, uncovers a unique potential to solve the most important challenges. So pause for a second and think: When was the last time you asked your team for their ideas and gave them that feeling of confidence and trust?

As a German living in Denmark, I was curious to find out why the concept of “Nordic Leadership” has recently become so popular and why people from all over the world are looking to the Nordics to get inspired of how to lead during times of extreme change and uncertainty. More than that, Denmark is also one of the most innovative countries in the world, and I wonder if this is connected to Strategic Design. What I realized immediately, is that employee autonomy and the explicit permission to challenge the status quo, go without saying in Danish companies. The egalitarian mindset results in the decentralization of power and managers counting on the experience and responsibility of their team members. In Denmark it is accepted to say “I don’t know” and it leaves no one uncomfortable.

Besides that, Denmark is among the countries with the highest level of trust, low hierarchies, and a strong tradition to collaborate. When challenges have been identified, the Danes establish a dialogue between businesses, and also between corporates and the public sector to find the best solutions together. What I realized many years ago when people kept asking me why I was so convinced of Copenhagen as the perfect destination for an Innovation Learning Expedition, is that Denmark disrupts with responsibility.

The Danes do not give in to the technological determinism that Silicon Valley imposes on us. They think very carefully about the impact their solutions have on human beings, our society, and our planet

Design is one of the fields Denmark is best known for worldwide. The country has a long and strong tradition to put user needs at the front and center and build products to improve the quality of life. In 2016, The Danish Design Council has together with Danish Design Centre, The Royal Danish Academy of Fine Arts Schools of Architecture, Design and Conservation and Design Museum Denmark uncovered 10 essential values of the Danish Design DNA. Among  them is “human” meaning “caring, empathic, and inclusive, “social” as in “democratic, non-hierarchical, trustworthy, and rooted in social movements” and “user-driven” referring to “sensible, transparent, user-centered, and rooted in everyday aesthetic”.

In 2019, the Danish Government established the Data Ethics Council to monitor technological developments and advise companies and public organisations on ethical issues and possible risks resulting from the use of data. The so-called INDEX Award, one of the world’s leading design prizes, honors design that brings humanity forward. “We believe in the advancement of society as a whole, rather than focusing on the success of the biggest, most profitable tech companies”, Thomas Madsen-Mygdal – a Danish designer, internet pioneer and entrepreneur with a long history of generating change and innovation in Denmark – told Fast Company. Madsen-Mygdal is also the man behind “Tech Festival”, which he started in the belief “that more human values ​​are needed in the tech industry”.

In 2017, during Tech Festival, the so-called “Copenhagen Letter” was signed by more than 5.000 technology leaders, designers, and decision-makers, calling for a “new Renaissance” in the future design of technology to put humanity, and not just the “user”, ahead of business.

The Danish Design Center (DDC) has developed a tool called “The Digital Ethics Compass” that enables companies to build an ethical foundation while exploiting the growth opportunities of digitalization. DDC Program Director Christina Melander emphasizes “We have a shared responsibility that it is us – the people – who control the technology and not the other way around”.

Given the fact that opportunities but also risks emerge every day, we need to learn a new way of thinking and not just be confident knowing how our world is today, but rather how we can make it better tomorrow.

There is not ONE future

“We live in a world where technology is consuming society, ethics, and our core existence. It is time to take responsibility for the world we are creating. Time to put humans before business. Time to replace the empty rhetoric of “building a better world” with a commitment to real action” states the first paragraph of the above-mentioned “Copenhagen Letter”.

Have you ever considered that we do not need to wait until companies like Meta or Microsoft design the Metaverse for us, but we can actually prevent futures we do not want? We can become better at asking questions and actively thinking about possible future scenarios, because all of us are able to influence where we are heading. What was your first thought when you heard about the Metaverse? “Wow, when can I move in”? Or “Creepy”, “Intrusive”, “That is not the world I want to live in”?

While parts of my own LinkedIn network suddenly transformed to “Metaverse experts”, praising the endless marketing possibilities, I wondered what would happen if we created real, tangible artifacts of these Metaverse versions and ran these ideas through the DDC’s “Digital Ethics Compass”. Shaping plausible futures with the use of these kinds of scenarios makes it easier for stakeholders to relate to possible opportunities and identify the challenges and opportunities that may emerge.

The Danish Design Center co-created four visions of health for the year 2050 called “Boxing Future Health” which can be experienced by physical installations and audio narratives from future citizens. After exploring one of the four scenarios, one visitor said that she became “severely depressed” imagining that particular future became reality. Asking the right questions about possible futures today enables us to influence what we are doing today in order to create a tomorrow we want to live in. 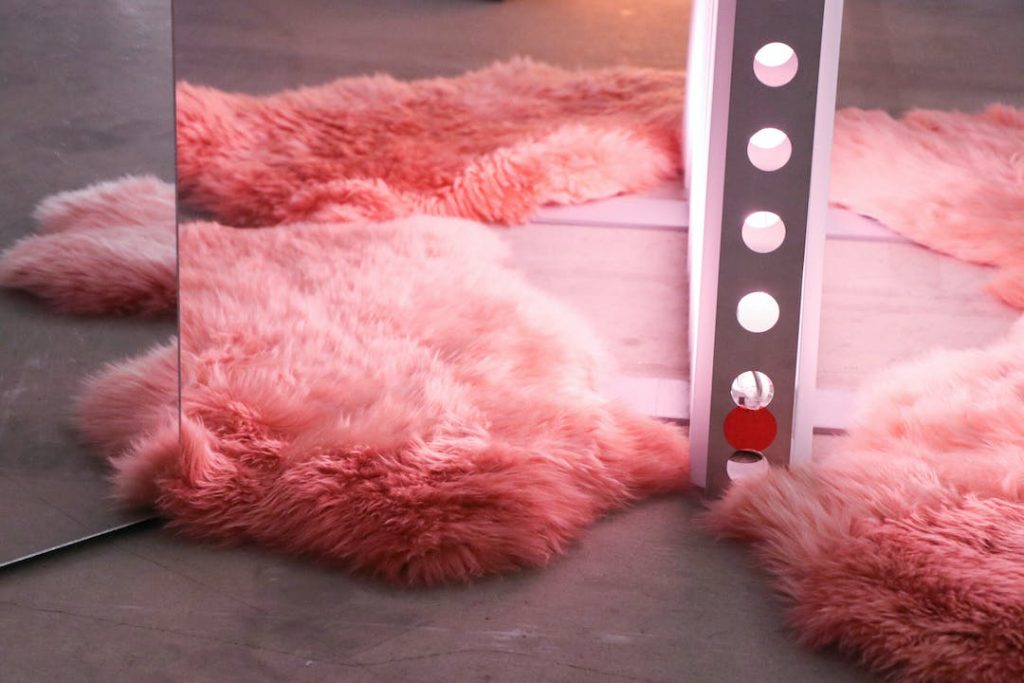 Designing products and services with the future in mind is often prevented by our urge to put something on the market in increasingly shorter timeframes. We mostly design for the here and now. Instead of this obsession with short-term thinking, we should rather reconsider the time frame which we create for. With XING, a Hamburg-based career-oriented social networking site, we developed an Experience Vision to define how the company aims to improve its users’ lives 5-7 years from now. Thinking about the experiences they as a company want to provide to their customers, from sales to marketing, from product to legal, broken down to every employee. With the intention to plan and strategize decisions, and become better at evaluating how the company is doing by creating new outcome-focused metrics. With audiobooks in which future users talked about how XING had changed their lives, we immersed everyone into the future product experience and created an emotional and tangible picture in contrast to boring Excel files and high-level OKRs.

As Danish Design Center CEO and renowned author Christian Bason states in his latest book, we need to expand our thinking beyond Design Thinking. The practice has proven to be great for opening up companies to the value of design-led methods and tools, but we need to take it even further; think long-term, regarding responsibility and ethics, allowing design to guide our business strategy. Because only when designers not only get a seat in the boardroom but run it, we will be able to create digital products that really change our world for the better.

Sådan får du teknologien til at lave arbejdet for dig